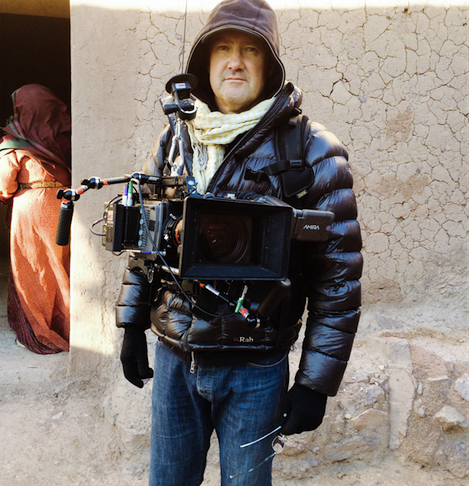 Paul FRANCIS Jenkins
I am a Director of Photography with extensive experience working in both Documentary and Drama at the highest level in the UK, America and worldwide.

The quality of my work has been recognised by Bafta and the RTS in Britain, and the Emmy judges in the US. I’ve shot three Emmy, and three RTS award-winning shows. I was the DP on four Bafta nominated and two Emmy nominated programmes and I also have personal nominations for best Cinematography from both Bafta and Emmy.

I have a fine arts degree in painting and photography and believe that combining my artistic sensibility with the application of well-developed technical and practical expertise characterises my cinematography.

I have worked on both small and large productions, from small teams to a cast of hundreds; and enjoy the challenge of both. I also have extensive experience in extreme environments, both cold and hot. I’ve shot in the Arctic and on the Equator and I enjoy the unique demands of expedition style filming projects.  I’m also very familiar with setting up and filming high-end 3D graphics sequences and their technically precise photographic requirements.

Finally, I have a well-earned reputation for being a team player, working fast and to a budget.
DOWNLOAD CV